One of the most famous women in the world today lives (?) in a rather normal Chinese suburb in Hunan Province amongst volumes of ancient silk scrolls. 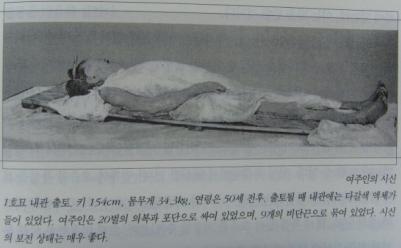 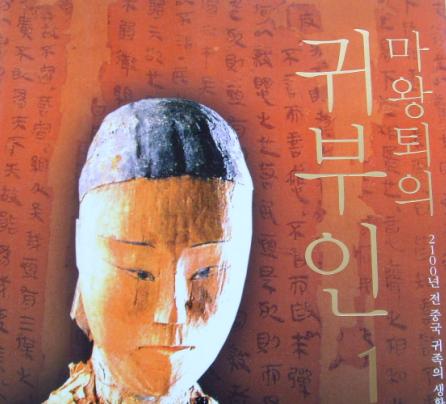 This woman reached approximately fifty years of age before being buried between a pair of two hills long said to resemble a saddle.  She managed to lie there for 2,000 years virtually untouched by any effects of time or decay. Her beauty remains undiminished today.

Subject to the most intense fascination today, this miraculous woman was found buried in one the three imperial grave sites now collectively called Ma Wang Dui (馬王堆). The graves here hail from the 1st century B.C. and house over a thousand priceless artifacts from the early Han Dynasty. Upon its discovery in 1971, Ma Wang Dui revealed a miraculously intimate look into that ancient era. Most of Ma Wang Dui’s artifacts were found and excavated between 1972 and 1974 and were put on display in the Hunan Provincial Museum.

Except for ‘some’ pieces that weren’t.

While much ado was made about the mummified beauty, the real find were certain articles and documents excavated near the woman. Government officials quietly classified these pieces as top national secrets and moved them to Beijing. Any contact between the public and these secret items was strictly prohibited.

Those items were eventually moved to Tsinghua (淸華)University , the most prestigious academic institute in China. There, an elite group of scientists and investigators researched these items for years. The results remained one of China’s top national secrets.

But I literally got a taste of it.

As a foreigner, it should have been impossible to have access to the research. But through a series of happenings adding up to one big, wonderful miracle, I stumbled upon the greatest discovery.

I own a company that produces health foods and drugs in Vancouver, Canada. (One of our leading products is Eleotin®, a diabetic treatment that has garnered much popularity over the years.)

A large Chinese population resides in Vancouver. Amongst these residents are many Chinese celebrities, key Chinese leaders, and their families. So it wasn’t a special occasion at all when I ran into a Chinese gentleman on the golf course bragging about his connections. In fact I didn’t really care, and this mans connections were none of my business. But the golfer continued to say that he was going to recommend the Eleotin® product to one of the very top leaders in China. The golfer purchased several units of Eleotin®, and asked for a firm agreement from me not to reveal the leader who would use Eleotin®. The golfer did not want any implications that the leader was diabetic. I gladly agreed. After all, I didn’t care who the leader was or what condition he had as long as someone could pay for our products and be cured of diabetes.

I had forgotten this incident when I received a random call a few months later. Completely out the blue, a Chinese Government agency not only invited me to China to treat me as a national guest, but also gave me a practically instantaneous approval for one of our products. In addition to all these, they even appointed Tsinghua University as my Chinese partner. People still tell me that this was an unprecedented privilege for a foreign company and highly unlikely to ever happen again. I remain unbelievably grateful and privileged.

Two years ago, a scientist confided in me that the documents taken from Ma Wang Dui contained a few ancient secrets about health. These top secret articles hidden away at Tsinghua University were in fact formulas of ancient medicines. The top Chinese leaders had classified these formulas as highly sensitive top national secrets, so that they could keep this ancient key to longevity and good health to themselves. Also the scientist told me that the university’s team had been able to produce only an extremely small quantity as a result of their strenuous research efforts over many years. This small amount was exclusively reserved for a small circle of the country’s elite.

They then provided me with some samples. I accepted these with the utmost gratitude, and shared them with my family and close personal friends.

The most outstanding characteristic of this medicine is that it is the most powerful anti-oxidant naturally produced. As a result, the medicine has extremely powerful anti-aging and cancer prevention effects. It is also highly beneficial for prevention and treatment of adult degenerative diseases. University scholars also emphasized that the formula is particularly good for the skin. I believe that this was the secret behind another ancient rumour. Two thousand years ago, the wife of Ma Wang Dui’s king had been called the greatest beauty in the land. Couldn’t this formula have been the key to that beauty?

Tsinghua University performed all of the experiments and researches. Neither my company nor myself have any affiliation with their findings on this secret medicine. All I have is a personal video of a two hour conversation I shared with the researchers. A genuinely rare secret, the medicine could be shared with only a few close family members and friends, much less be marketed. I did not even try to obtain a license from Canadian Government for the sale of this product in Canada. Besides, the few who did try the formula, could hardly bear its taste.

I have no intention of changing the medicine’s flavor, or commercializing it. My only wish is to leave a written record that such an elixir exists.